This collection focuses specifically on monuments and memorials that signal the end of slavery through the Emancipation Proclamation. Included in this collection is a memorial to "contrabands," those enslaved persons who sought freedom behind the Union lines during the American Civil War (1861-1865). Contraband monuments expand our understanding of Black self-emancipation.

From the National Park Service:

"At the start of the war, the Union had no policy to deal with the African Americans seeking protection. Individual commanders made their own decisions. Some commanders put them to work for Union troops while others returned them to plantation owners. At Fort Monroe in Hampton, Virginia, Union Maj. General Benjamin Butler refused to send three fugitives back into the bonds of slavery. He classified the escaping slaves as contraband of war. This term meant that once the fleeing slaves crossed Union army lines, they were classified as property. All enemy property that fell into Union hands constituted contraband and would not be returned. Because of Butler's actions, a federal policy was instituted on August 6, 1861 - fugitive slaves were declared to be "contraband of war" if their labor had been used to aid the Confederacy in anyway. If found to be contraband, they were declared free."

The multi-figure sculpture is anchored around a truncated tree that reaches over the heads of the three human figures. The tree is roughly realized, and Fuller’s hand is evident in the surface treatment. At the center of the composition, a young… 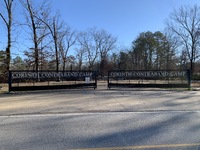 Eight life-size bronze statues (in six groupings) commemorate the formerly enslaved persons who escaped from the South and sought safety and freedom behind Union lines at the Corinth Contraband Camp in Corinth, Mississippi. Established by Union… 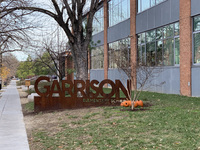