What is the difference between figurative and abstract sculpture?

Artists take many and varied approaches to communicating emotions, ideas, and narratives. When writing about art objects, art historians describe aesthetic forms as existing on a spectrum between figuration and abstraction. 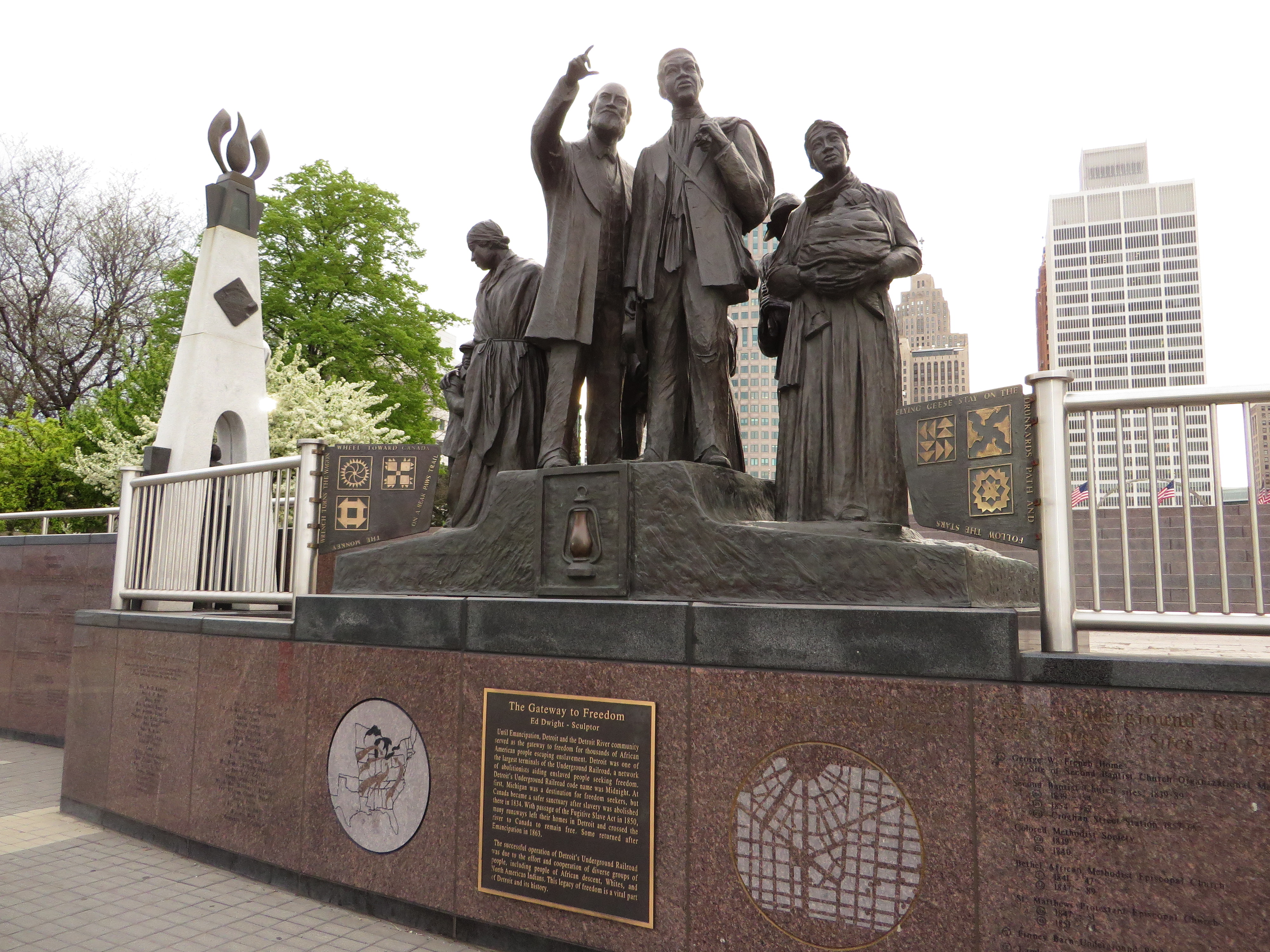 Figurative art describes modes of artistic expression that maintain recognizable references to the visible, real world, particularly to the human figure. We can describe Ed Dwight’s Gateway to Freedom: International Memorial to the Underground Railroad as a figurative sculpture. We can immediately recognize the subject matter— a group of freedom seekers making their way to Canada. Dwight has relied on realistic modeling of the human face and body and dressed his figures in clothing of the period. In fact, Dwight modeled one of the figures after 19th-century images of George DeBaptiste, an abolitionist, Underground Railroad operative, and leader of the Colored Vigilant Committee of Detroit, an organization that helped nearly 1,500 freedom seekers escape to Canada. 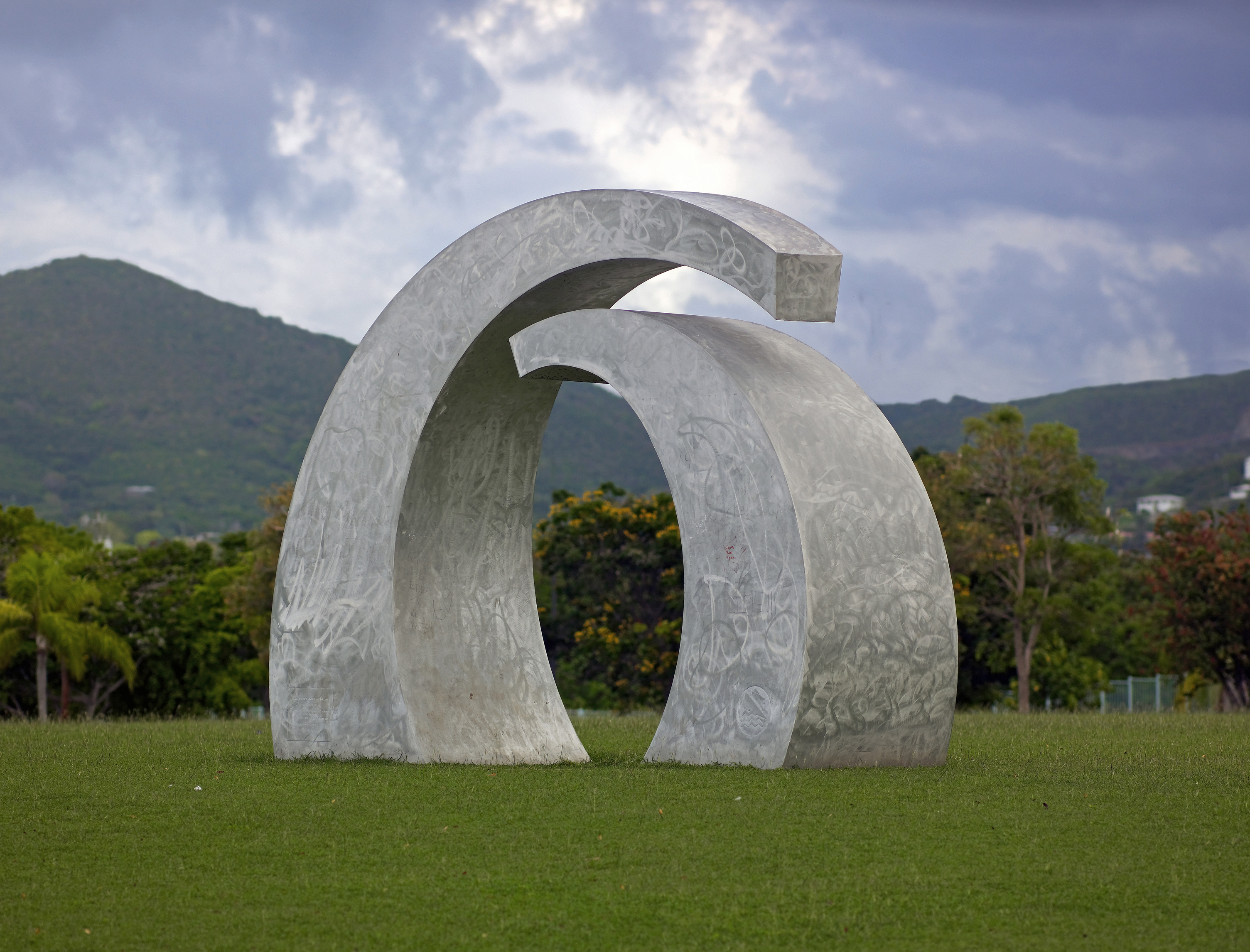 Abstract art sometimes references artworks that reduce or simplify a subject, such as a landscape or a figure, to its most essential qualities. Abstraction can also describe works that depict subjects or objects that are not found or discernible in an external reality. For example, Mike Walsh’s Middle Passage Monument is not an accurate depiction of the visual reality of the Middle Passage: the artist chose not to use the image of the slave ship or to depict enslaved persons. Instead, the artist used geometric shapes and gestural marks to memorialize the victims of the transatlantic slave trade. The monument's abstract arcs symbolize remembrance and hope: "they represent the past and future, while the 'gap' between the arcs represents the 'present.' The purpose of the memorial is to crystallize externalized concepts of 'space,' 'time,' and 'risk perception' in order remind the observer that the choices we make in the 'moment of decision' today will determine the destiny of our descendants." 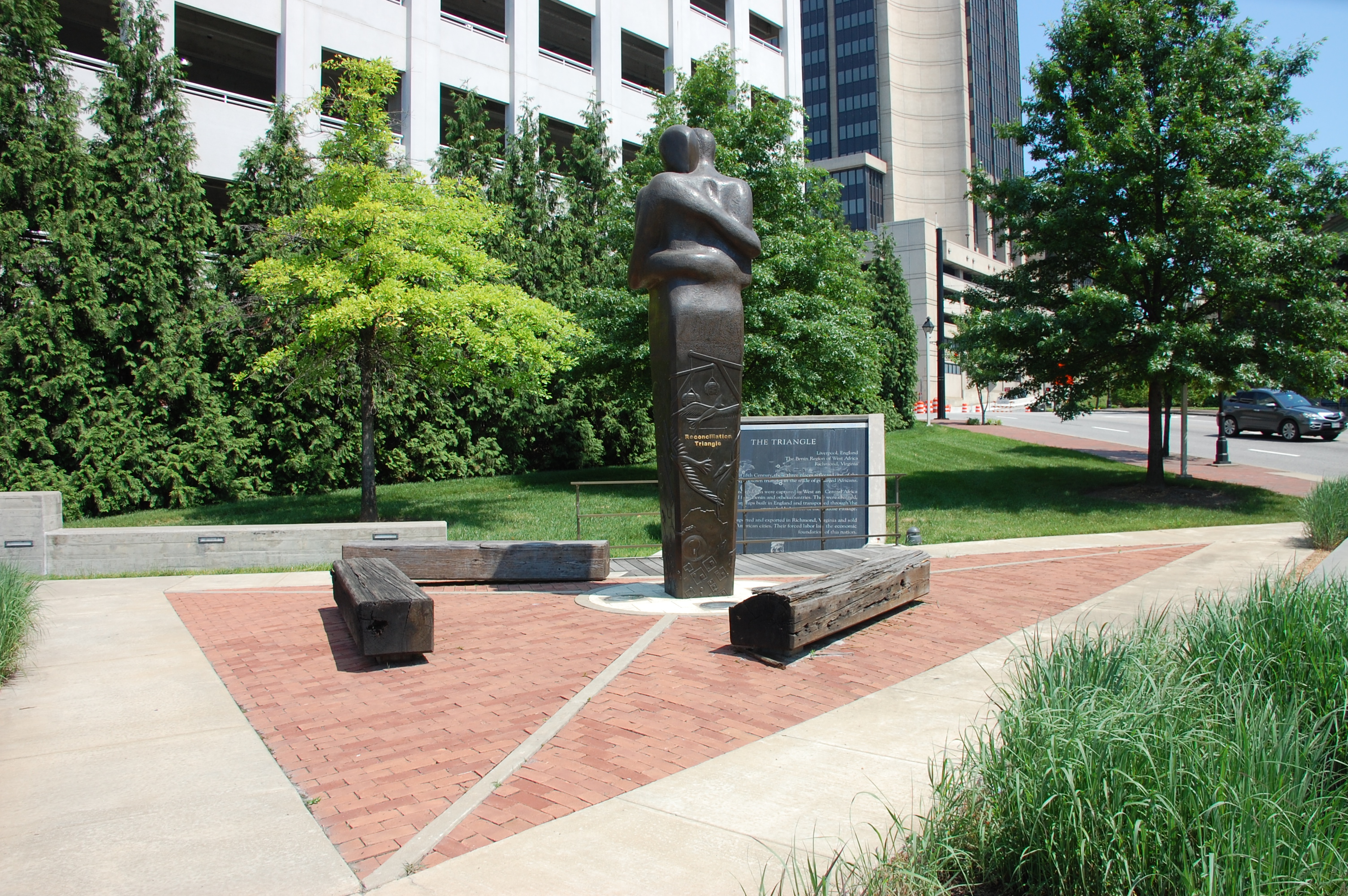 Unlike Walsh, Stephen Broadbent’s Reconciliation Memorial is a work that still maintains ties to the figural world. When we look at the sculpture we can recognize two human figures embracing; however, Broadbent's figures are abstracted and reduced to geometric forms. Although often understood as antagonistic, some artists incorporate both aesthetic impulses— figuration and abstraction within the same object simultaneously, which can create dynamic and engaging tensions.

When and why might an artist choose to work in a more figural mode?

What do you think is the most effective visual language for memorializing and telling the story of slavery and the slave past?

← What are the parts of a monument?
What is representation? →
What is the difference between figurative and abstract sculpture?