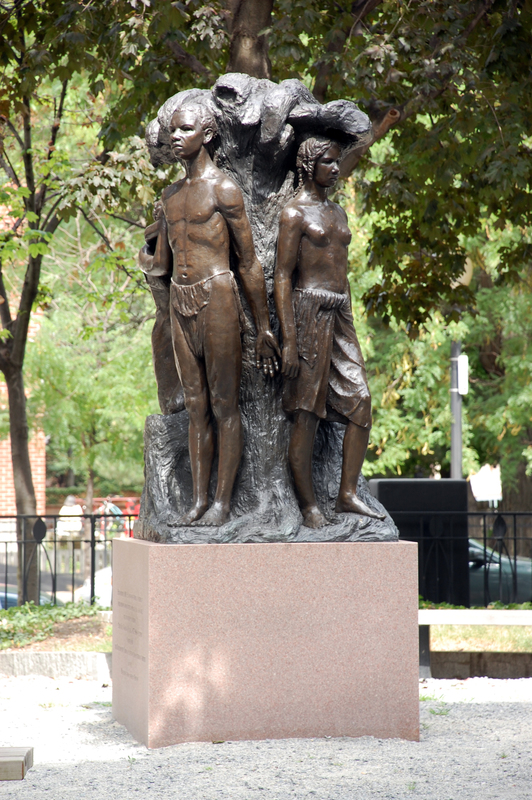 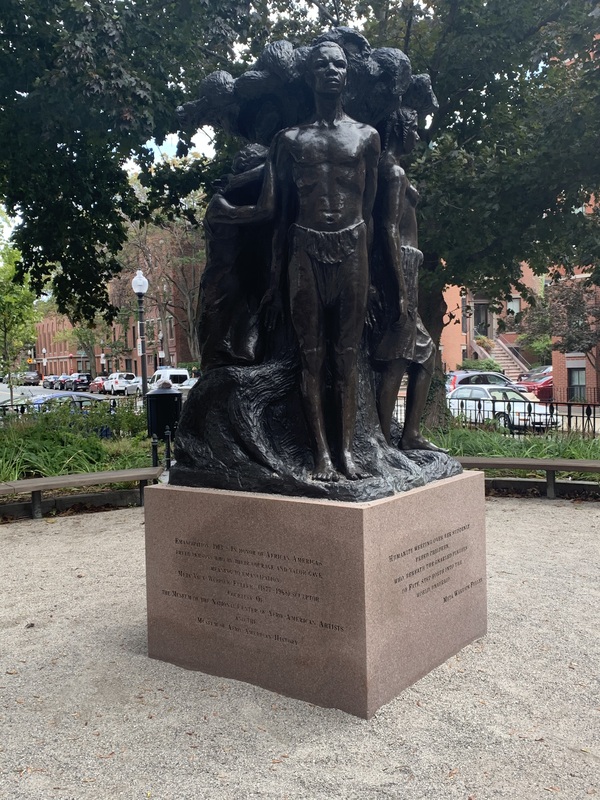 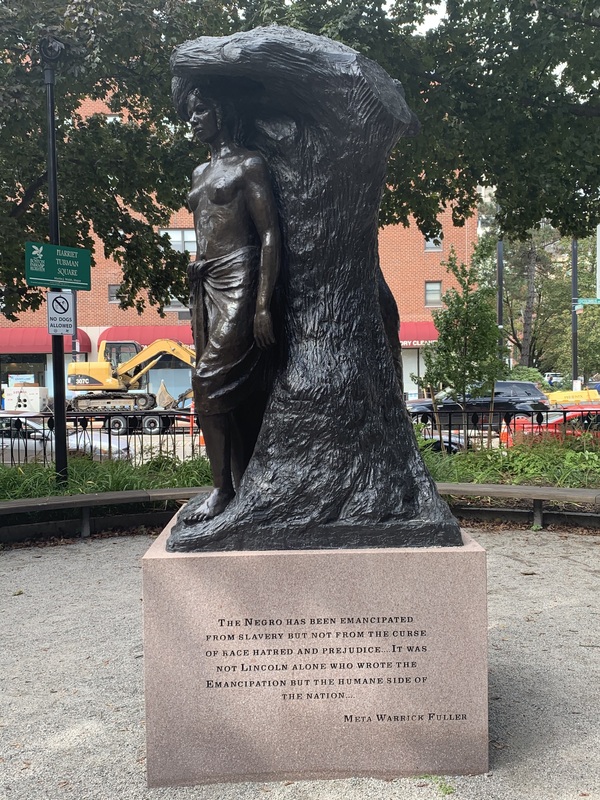 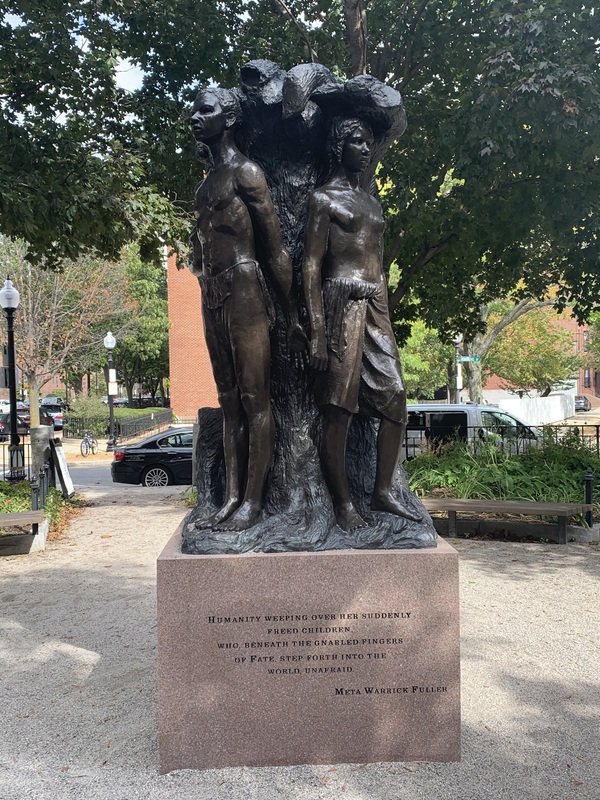 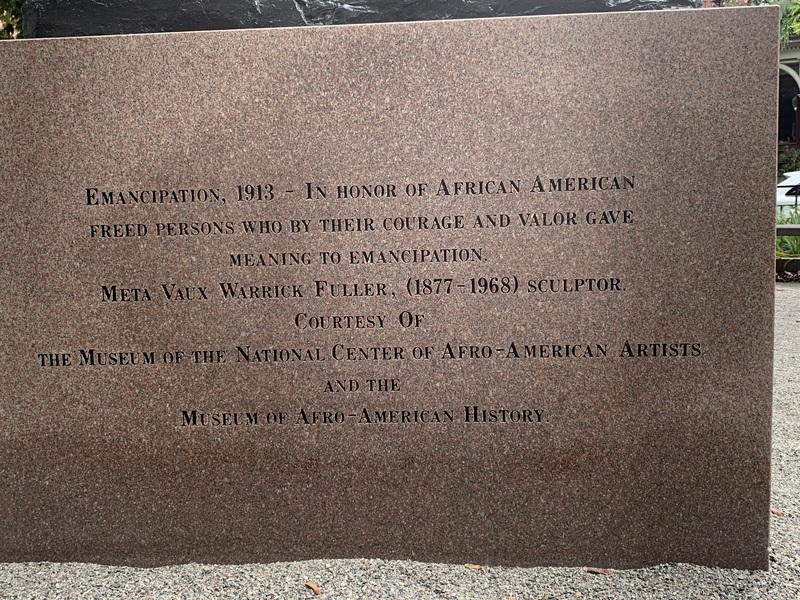 The multi-figure sculpture is anchored around a truncated tree that reaches over the heads of the three human figures. The tree is roughly realized, and Fuller’s hand is evident in the surface treatment. At the center of the composition, a young woman and man stand upright and are semi-nude. The couple emerge from the “Tree of Knowledge.” Behind the male figure, the female figure of “Humanity,” clothed in a gown, bows her head and rests it on her raised left arm. She gently rests her right hand on the young man’s shoulder.

Inscription on granite base (1999):
Emancipation, 1913. In honor of African American freed persons who by their courage and valor gave
meaning to emancipation. Meta Vaux Warrick Fuller, (1877-1968) sculptor. Courtesy of The Museum of the National Center for Afro-American Artists and the
Museum of Afro-American History.

Inscription on granite base (2013):
“Humanity weeping over her suddenly freed children who beneath the gnarled fingers of Fate, step forth into the world, unafraid.” Meta Warrick Fuller

Inscription on granite base (2013):
“The Negro has been emancipated from slavery but not from the curse of race hatred and prejudice. . . It was not Lincoln alone who wrote the Emancipation but the humane side of the nation . . .” Meta Warrick Fuller