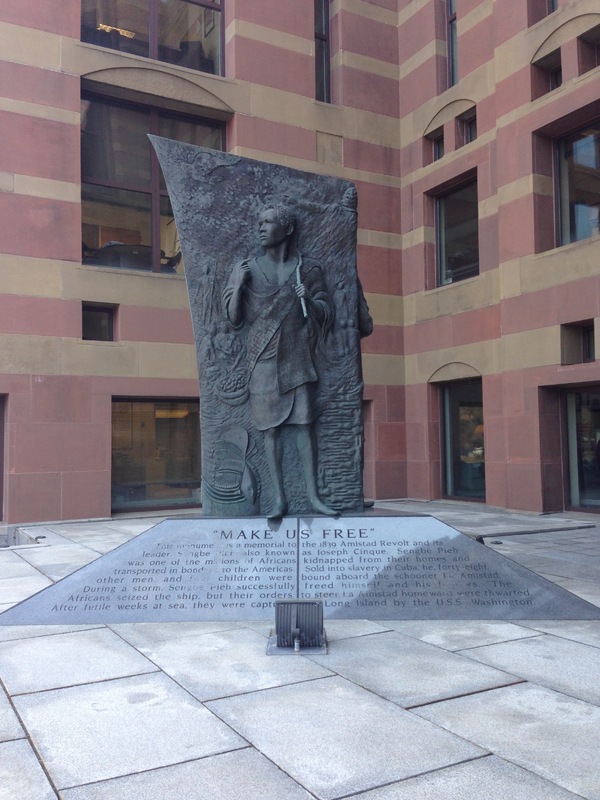 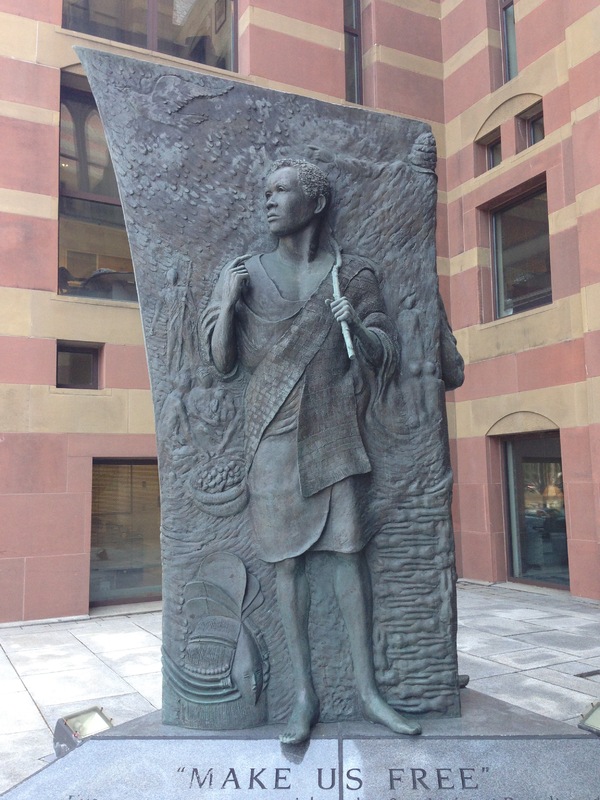 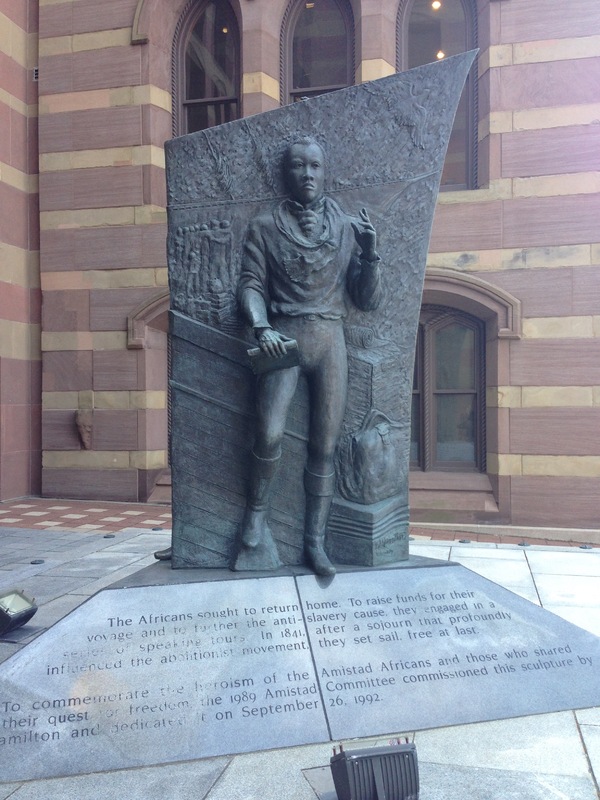 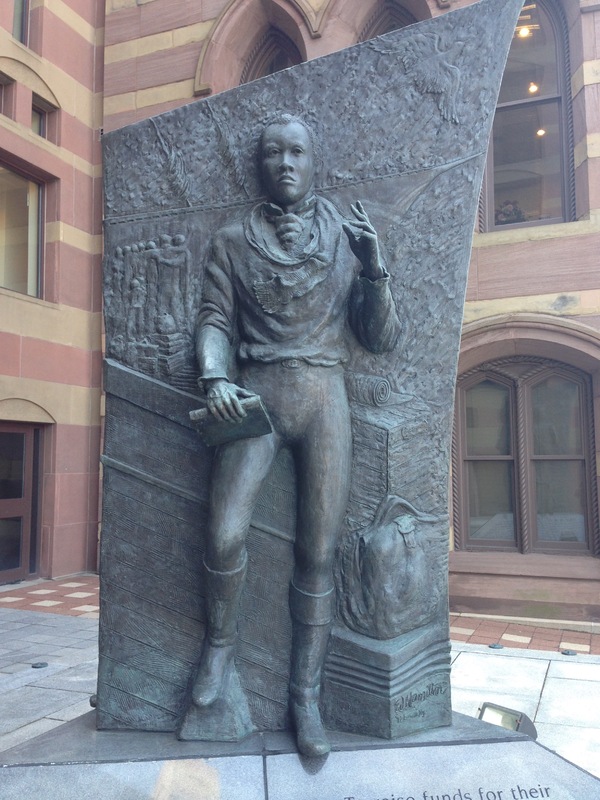 The Amistad Memorial centers around a large bronze triangular prism adorned with sculptural reliefs, depicting scenes from the life of Sengbe Pieh. In 1839 Pieh led a revolt of abducted Africans against their captors on the Spanish slave ship, the Amistad. The Amistad was seized off the coast of Long Island, NY, by the U.S. brig, Washington and the Africans on board were imprisoned on charges of murder. The case went to the US Supreme Court, where Pieh and his fellow Africans were found to have rightfully defended themselves as they were free individuals, having been kidnapped and transported illegally.

The memorial stands on the site of the New Haven jail, where Pieh and the other Amistad Africans were held during their trials. The three sides of the sculpture depict the life of Pieh: the first side shows him as a young man in Africa; the second side depicts his court trials, and the third side shows Pieh after he won his freedom. A fourth side of the sculpture, only visible from the upper floors of City Hall, includes images of disembodied hands emerging from ocean waves, a reminder of the thousands who perished during the Middle Passage. Pieh's famous courtroom statement, "make us free" is inscribed on the work’s granite base. The memorial rests atop a squared platform, which was inserted into a purpose-built recessed space added to City Hall during a 1990 renovation.

Inscription on base:
This monument is a memorial to the 1839 Amistad Revolt and its leader, Sengbe Pieh, also known as Joseph Cinque. Sengbe Pieh was one of the millions of Africans kidnapped from their homes and transported in bondage to the Americas. Sold into slavery in Cuba, he and forty-eight other men, and four children were bound aboard the schooner La Amistad. During a storm, Sengbe Pieh successfully freed himself and his fellows. The Africans seized the ship, but their offers to steer La Amistad homeward were thwarted. After futile weeks at sea, they were captured off Long Island by the U.S.S. Washington.

Inscription on base:
On this site, the Amistad Africans were jailed awaiting trial for piracy and murder. To aid their struggle for freedom, the Amistad Committee formed, counting in its number ministers Simeon Jocelyn, Joshua Leavitt, and James Pennington; merchant Lewis Tappan; professor Josiah Gibbs; and lawyer Roger Baldwin. The Africans were tried twice prior to their ultimate triumph before the United States Supreme Court, where former President John Quincy Adams courageously defended them. Sengbe Pieh and his fellows were declared Free Persons.

Inscription on base:
"Make Us Free"

The Africans sought to return home. To raise funds for their voyage and to further the anti-slavery cause, they engaged in a series of speaking tours. In 1841, after a sojourn that profoundly influenced the abolitionist movement, they set sail, free at last.

To commemorate the heroism of the Amistad Africans and those who shared in their quest for freedom, the 1989 Amistad Committee commissioned his sculpture by Ed Hamilton and dedicated it on September 26, 1992.