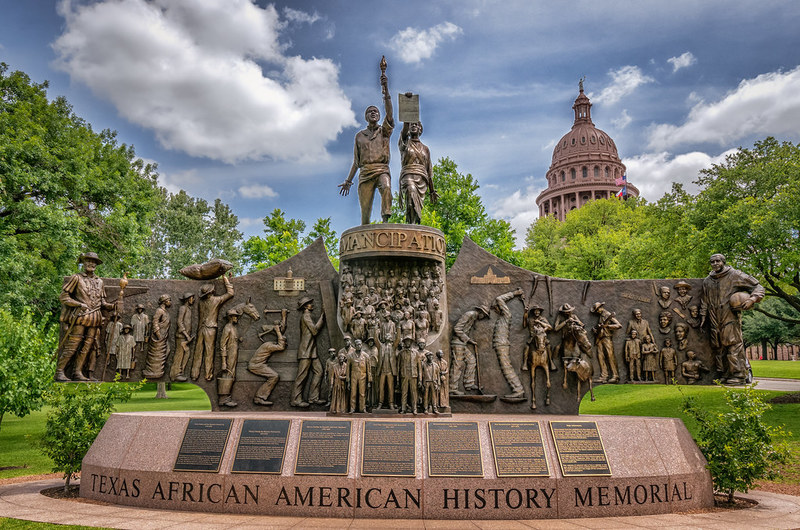 The monumental work includes two bronze walls featuring figural scenes celebrating 400 years of African Americans’ contributions to Texas history. Decorated on both front and back, Dwight includes depictions of African Americans engaged in the cattle, cotton, and oil industries as well as tributes to Mickey Leland, Medgar Evers, Buffalo Soldiers, President Barack Obama, and African American Medal of Honor recipients. The two embellished walls meet at a central column. Scores of African American figures, seemingly comprising the base and shaft of the column, gaze outward at the viewer. The top of the column is adorned with two figures standing on a base that reads “Emancipation.” Both figures, one male, one female, have the cuffs of broken shackles and chains around their wrists. The former raises a lit torch over his head, while the latter holds a copy of the Emancipation Proclamation. The monument also serves as a memorial to Juneteenth (June 19, 1865), when hundreds of Union troops arrived in Texas and announced the abolition of slavery in the U.S. The memorial sits atop a granite base, which features bronze plaques with didactic text.