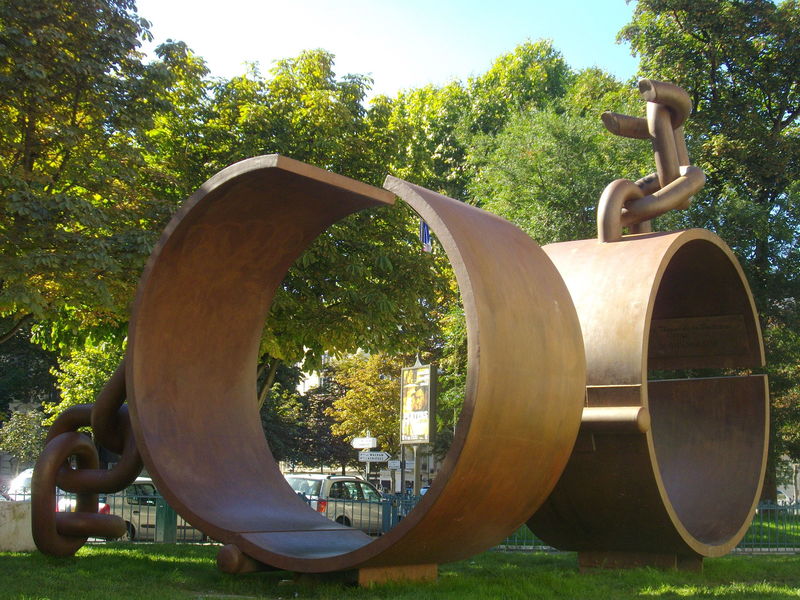 The monumental ironwork is dedicated to both the memory of General Dumas, the first black general in France and the abolition of slavery. The work, which consists of broken shackles and iron chains, was erected on the site of Alphonse de Perrin de Moncel's Monument au Général Dumas, 1913, which was destroyed during the Nazi occupation of France.