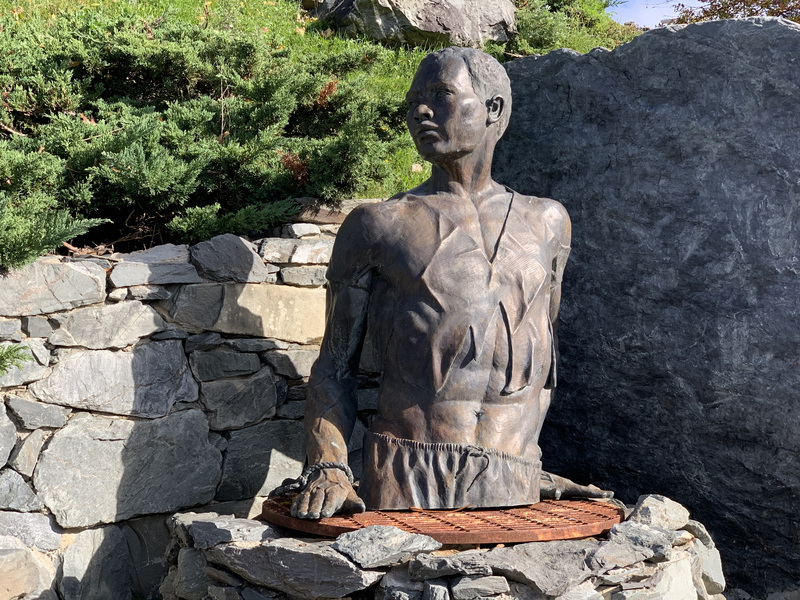 The statue depicts a male freedom seeker from the waist up. His head is turned to his right shoulder, looking back toward the south and leaning to the north as he presses down with his hands on a stone circle to hoist himself out of an underground tunnel to freedom.

A statue of an unknown slave lifts himself, leaning North while looking South, from an underground railroad tunnel uncovered during construction in 1995. The "North to Freedom" statue, by Maine sculptors Glenn and Dianna Hines, represents all who made the dangerous journeys along the "Underground Railroad."