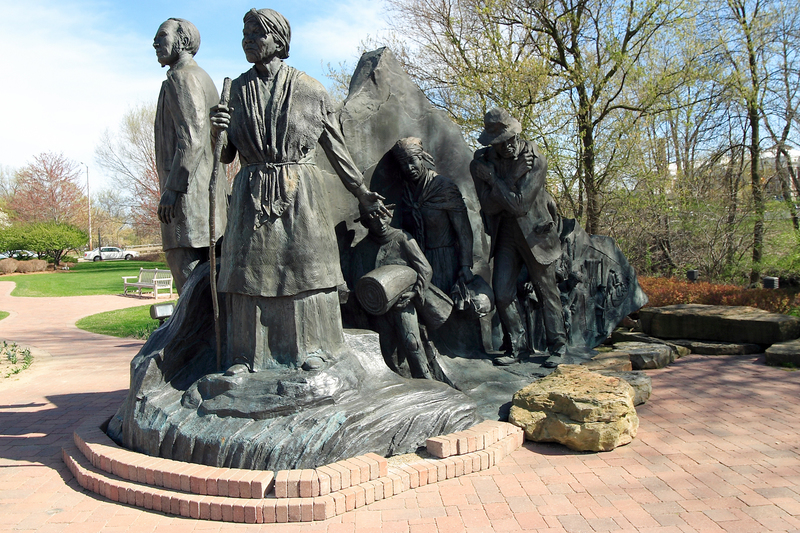 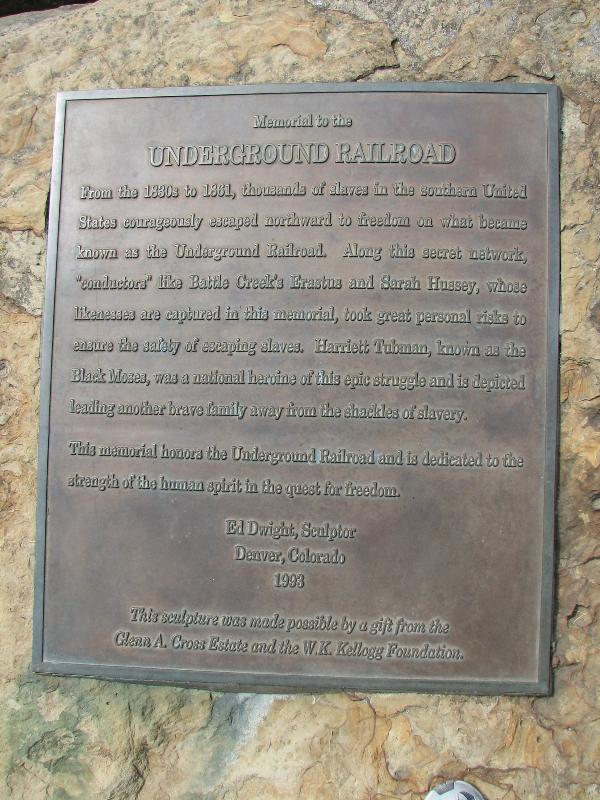 A multifigure statue that includes portraits of Erastus and Sarah Hussey, abolitionists and Underground Railroad conductors in southern Michigan as well as an image of Harriet Tubman.

Bronze plaque:
Memorial to the Underground Railroad. From the 1830s to the 1861, thousands of slaves in the southern United States courageously escaped northward to freedom to what became known as the Underground Railroad. Along this secret network, ‘conductors’ like Battle Creek’s Erastus and Sarah Hussey, whose likenesses are captured in this memorial, took great personal risks to ensure the safety of escaping slaves. Harriet Tubman, known as the Black Moses, was a national heroine of this epic struggle and is depicted leading another brave family away from the shackles of slavery. This memorial honors the Underground Railroad and is dedicated to the strength of the human spirit in the quest for freedom. Ed Dwight, Sculptor. Denver, Colorado. 1993. This sculpture was made possible by a gift from the Glenn A. Cross Estate and the W. K. Kellogg Foundation.