What is a monument?

Contemporary Monuments to the Slave Past documents a range of public art including monuments, memorials, and sites of slavery. Here are a few useful definitions to guide you through the range of objects you will encounter on the site. Art created for public space, usually outside, through a public process and funded through public funds. Public art is meant to last (longevity) and is created for the general public/audience/ community. Most of the monuments and memorials in the database can be considered public art.

"Today, public art can take a wide range of forms, sizes, and scales—and can be temporary or permanent. It often interprets the history of the place, its people, and perhaps addresses a social or environmental issue. Public art can include murals, sculpture, memorials, integrated architectural or landscape architectural work, community art, digital new media, and even performances and festivals!"[1]

Located in Frederick Douglass-Isaac Myers Maritime Park in Fells Point (Baltimore), the colossal bronze head of Frederick Douglass by Marc Andre Robinson is a permanent piece of public art. The Living Classroom Foundation commissioned the head to honor Douglass who was enslaved in the Fells Point area from 1826 to 1838. Douglass fled Baltimore on September 3, 1838, traveling through Philadelphia and New York City to New Bedford, Massachusetts, where he found freedom as a newly self-emancipated man. 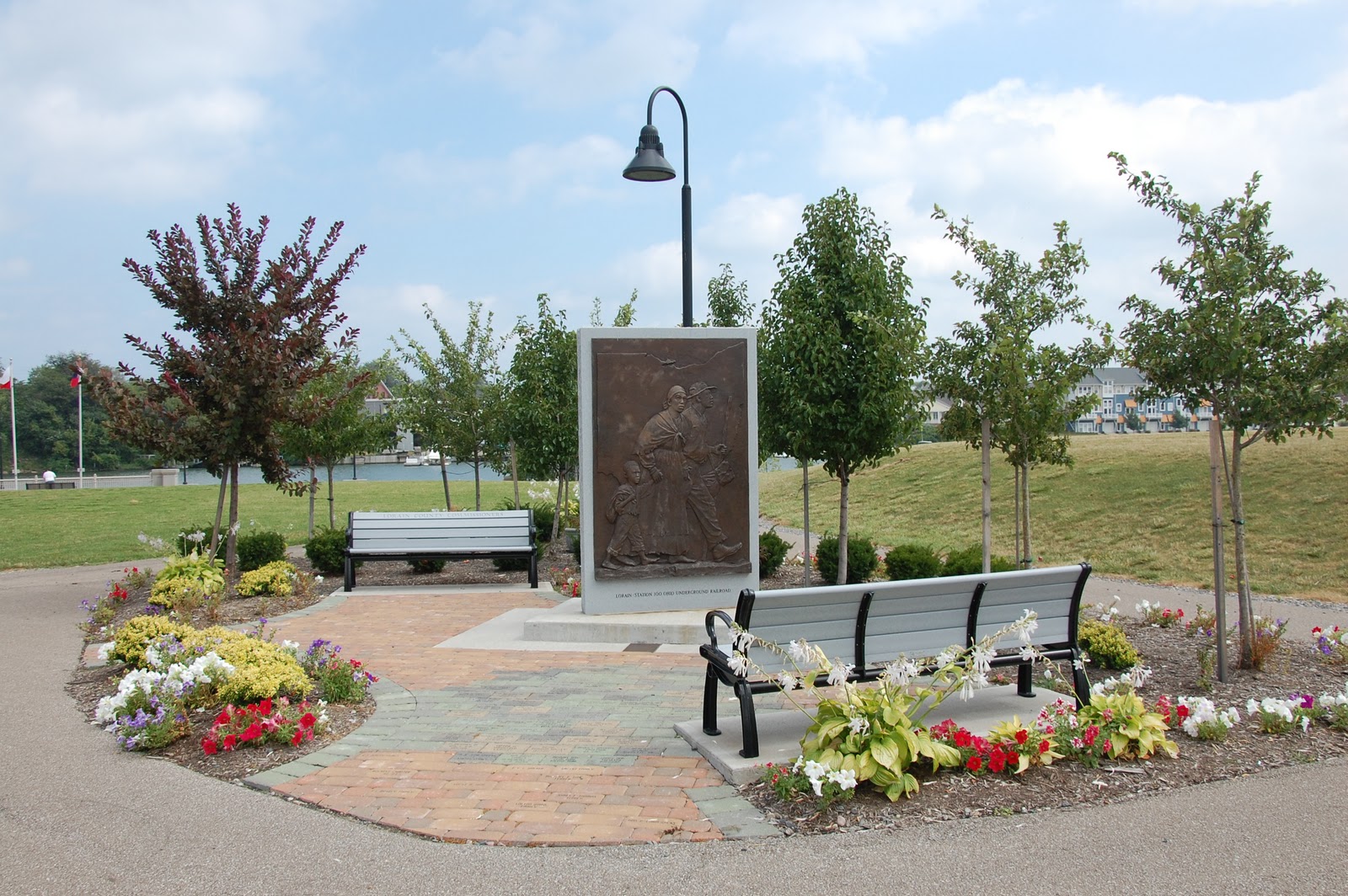 The terms "monument" and "memorial" are often used interchangeably. Below are outlined a few of the differences, starting with definitions from the Oxford English Dictionary.

Monuments mark specific events, persons, and actions as worthy of remembrance. They often demonstrate power and authority, and assert abstract values perceived as universal (for example, the ideals of freedom). They educate us about past events, persons, and actions singled out as important. Monuments are built with materials that are long-lasting such as bronze, steel, granite, and marble. Created to signify a sense of pemanence, monuments honor some noteworthy aspect of the past.[3]

The Lorain Underground Station 100 Monument in Lorain, Ohio, is a monument that honors Black and white abolitionists and freedom seekers in Ohio. It marks the Underground Railroad as worthy of remembering. On the banks of the Black River (which empties into Lake Erie), the Underground Railroad station in Lorain was an important last stop in the United States before the formerly enslaved boarded schooners and sailed for Leamington, Pelee's Point, and other Canadian port towns across the lake. The monument made of granite, contains a bronze bas-relief that depicts a Black family walking to freedom. 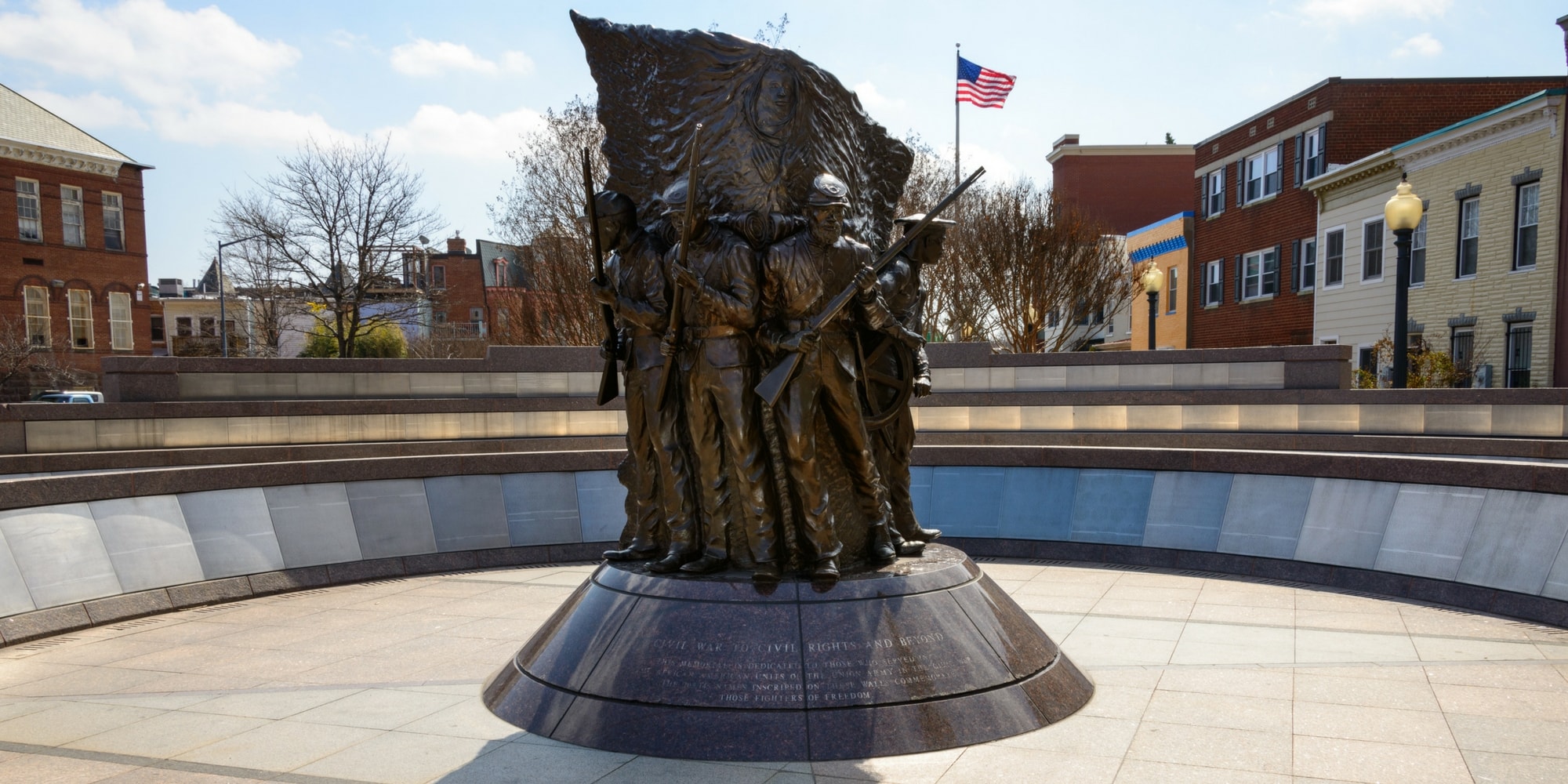 Memorials are associated with acknowledging and paying tribute to the dead, and with ongoing activities related to the expression of grief and mourning. People come to memorials to remember the deceased often in the context of religious holidays, designated memorial days, and acknowledgment days related to individuals and historic moments.

Ed Hamilton's Spirit of Freedom recognizes the United States Colored Troops who fought in the Civil War for the Union Army and Navy. The bronze sculpture on a pink granite base pays tribute to their committments and sacrifices. Ongoing memorial activities take place at the site including ceremonies on President's Day (third Monday in February), Memorial Day (last Monday in May), June 19 (Juneteenth--Emancipation Day), and July 4 (Independence Day). 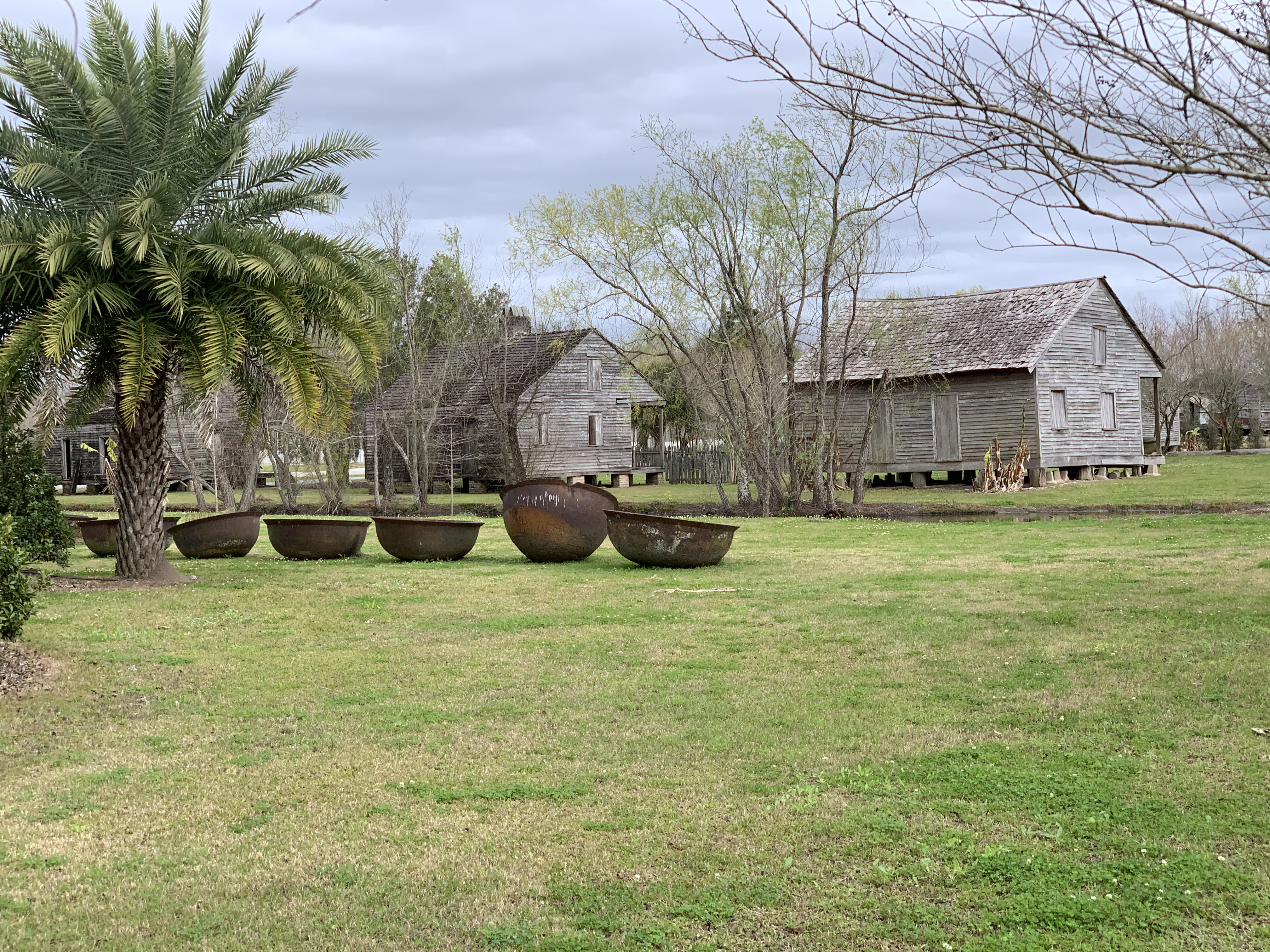 The Whitney Plantation in Edgard, Louisiana, is a site of slavery. Founded in 2014 as a museum, the Whitney Plantation educates the public about the history of slavery in Louisiana and the brutal production of sugar along the Mississippi River, between New Orleans and Baton Rouge. The historic plantation complex comprises twelve historic structures including the main house, slave cabins, and outbuildings. This site of slavery also includes several memorials: The Field of Angels, The Wall of Honor, Allées Gwendolyn Midlo Hall, and The Children of Whitney, a series of figurative sculptures set in the landscape.

← What is sculpture?
What are the terms related to sculpture and monuments? →
What is a monument?