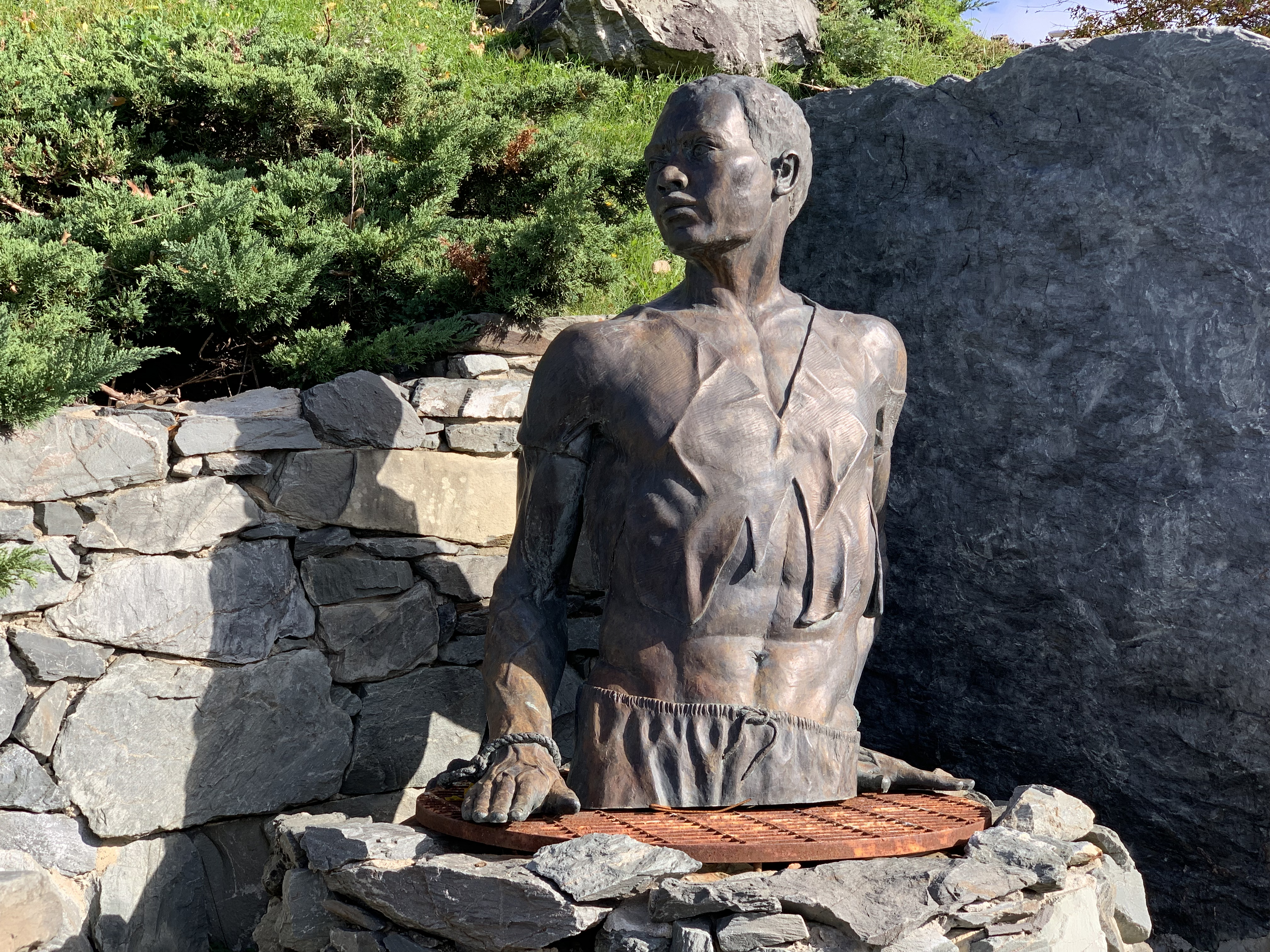 We navigate a world of representation. Daily, we consume visual, cultural, and literary representations of people and historical and political events. Representations mediate and structure many parts of our lives. They give meaning to the past and present and shape how we understand our own and others’ identities. You have probably encountered this word many times already today, perhaps when watching a trailer for a film, which warned “not suitable for all audiences, contains representations of violence” or in a political ad that noted a candidate was running to represent you in Congress.

The concept of representation is complicated and thorny. The Oxford English Dictionary provides a good place to begin thinking about representation. It offers us ten definitions covering everything from the visual to law to philosophy to mathematics. For this essay, we will look at two categories:

Representation can mean “stepping in someone’s place” or speaking on their behalf, as in political representation. It can also mean a re-presentation of something, a “placing there.” We might understand this definition of representation to be about a process of substituting something (a film, novel, monument, etc.) for a “real” person, event, or object. 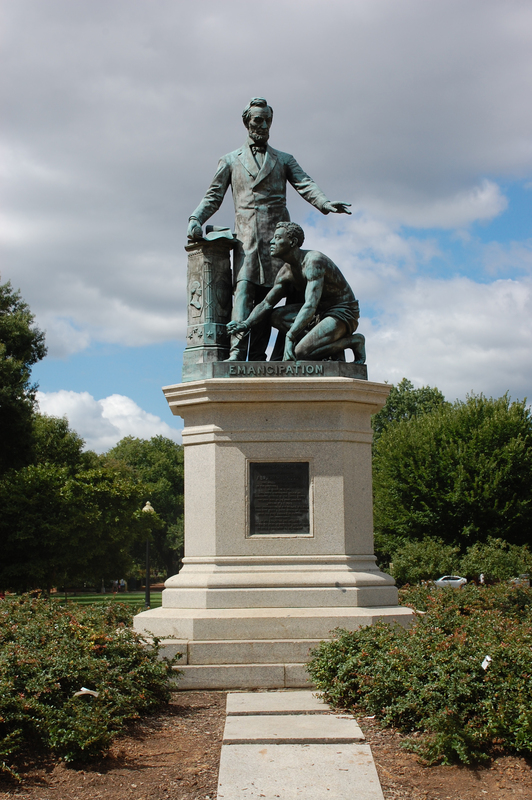 For the moment, let’s linger on the idea of representation as a “placing there,” a standing for or in place of a “real” thing. Contemporary Monuments to the Slave Past is an archive of monuments that engage in the representation of the slave past including particular historical figures and events such as Abraham Lincoln and emancipation. For example, Thomas Ball’s Freedmen's Memorial to Abraham Lincoln (1876) in Lincoln Park (Washington, DC) is seemingly meant to commemorate the signing of the Emancipation Proclamation. The monument centers on an elegantly dressed, life-size figure of President Lincoln, who extends his left hand over the figure of a half-naked, kneeling African American man, the broken shackles on his wrists emphasizing his position as a newly emancipated person. In Lincoln’s right hand, he holds a copy of the Emancipation Proclamation.

Ball does not create an abstracted representation of Lincoln but rather relies on the inclusion of many ‘authenticating’ details of Lincoln’s appearance— his deep wrinkles and sunken cheeks, his thatched and loosely combed hair, and his full beard. These details, which conform to photographic representations of Lincoln, help the viewer recognize that the figure is indeed the 16th president of the United States. In other words, Ball relies on the practice of figuration to give his monument the seeming appearance of accuracy and truth.

Yet, despite Ball’s reference to a real person (Lincoln) and an actual historical event (the signing of the Emancipation Proclamation), his monument is a fantasy. The moment that is represented— Lincoln presiding over a half-naked, crouching Black man— likely never happened. More importantly the message that this works conveys—that Lincoln was the heroic ‘Great Emancipator’, solely responsible for the freedom of Black people in the United States, erases the  historical realities about the history of abolition. As Manisha Sinha details in her book The Slave’s Cause: A History of Abolition both enslaved and free Black people had a critical role in the abolition of slavery in the United States. In Ball’s re-presentation of this history, his monument re-inscribes racist hierarchies that cast Lincoln, and by extension white men, as paragons of moral rectitude and intelligence and Black people as servile and savage one can see if the nakedness and pose of the Black figure (for a carefully considered discussion of the monument see Renée Ater’s "On the Removal of Statues: Freedmen's Memorial to Abraham Lincoln").

Representation as a ‘standing for or in place of a “real” thing’ can deny the agency, voice, and perspective of the people who are people being represented. Ball’s monument points to a central problem with representation— it can distort the past and disfigure people’s identities. 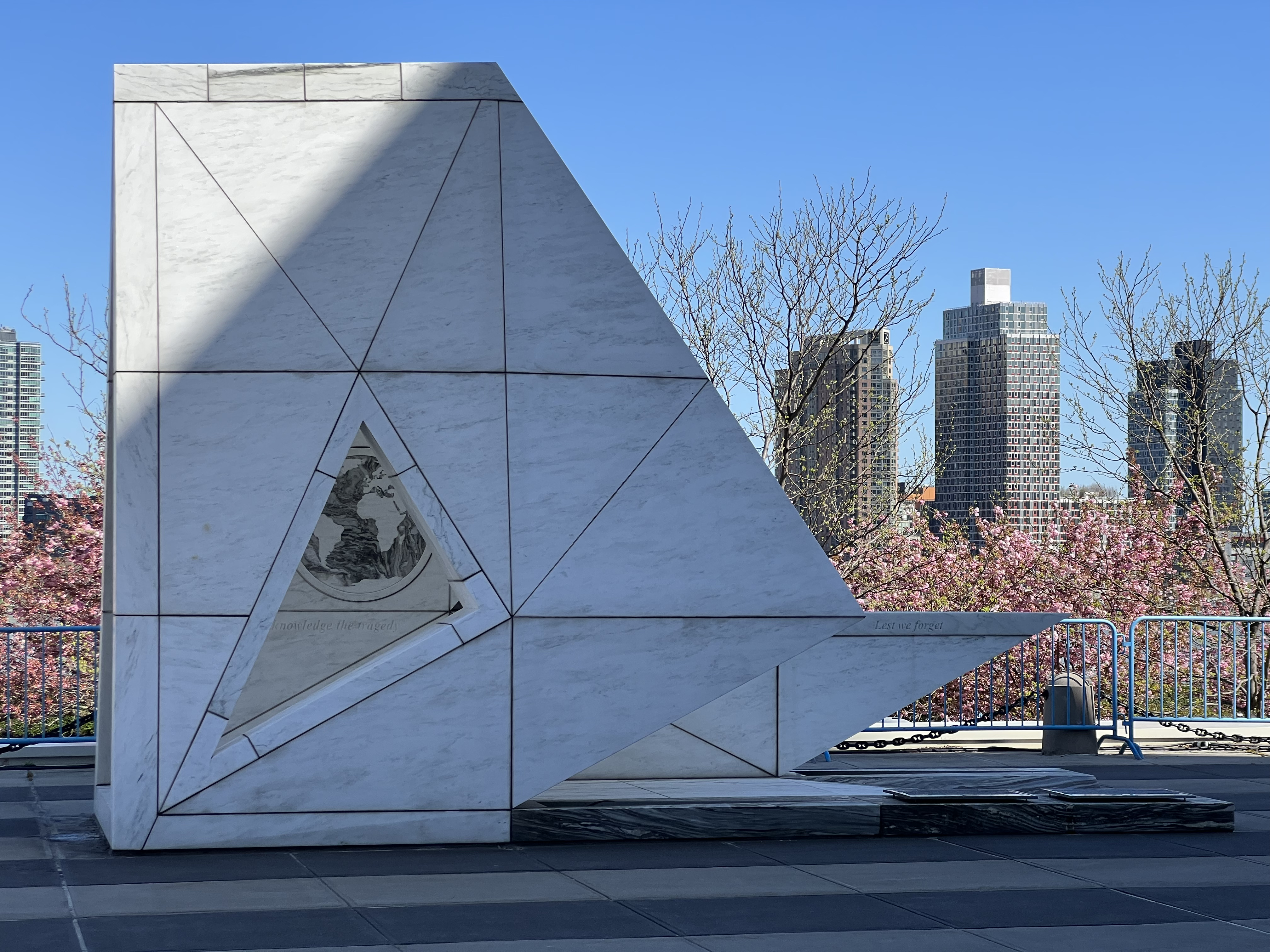 Rodney Leon, "Ark of Return": The Permanent Memorial at the United Nations in Honour of the Victims of Slavery and the Transatlantic Slave Trade, 2015, United Nation Headquarters, New York, New York. Photo by Renée Ater

← What is the difference between figurative and abstract sculpture?
How are contemporary artist rethinking the monument? →
What is representation?