What are the parts of a monument? 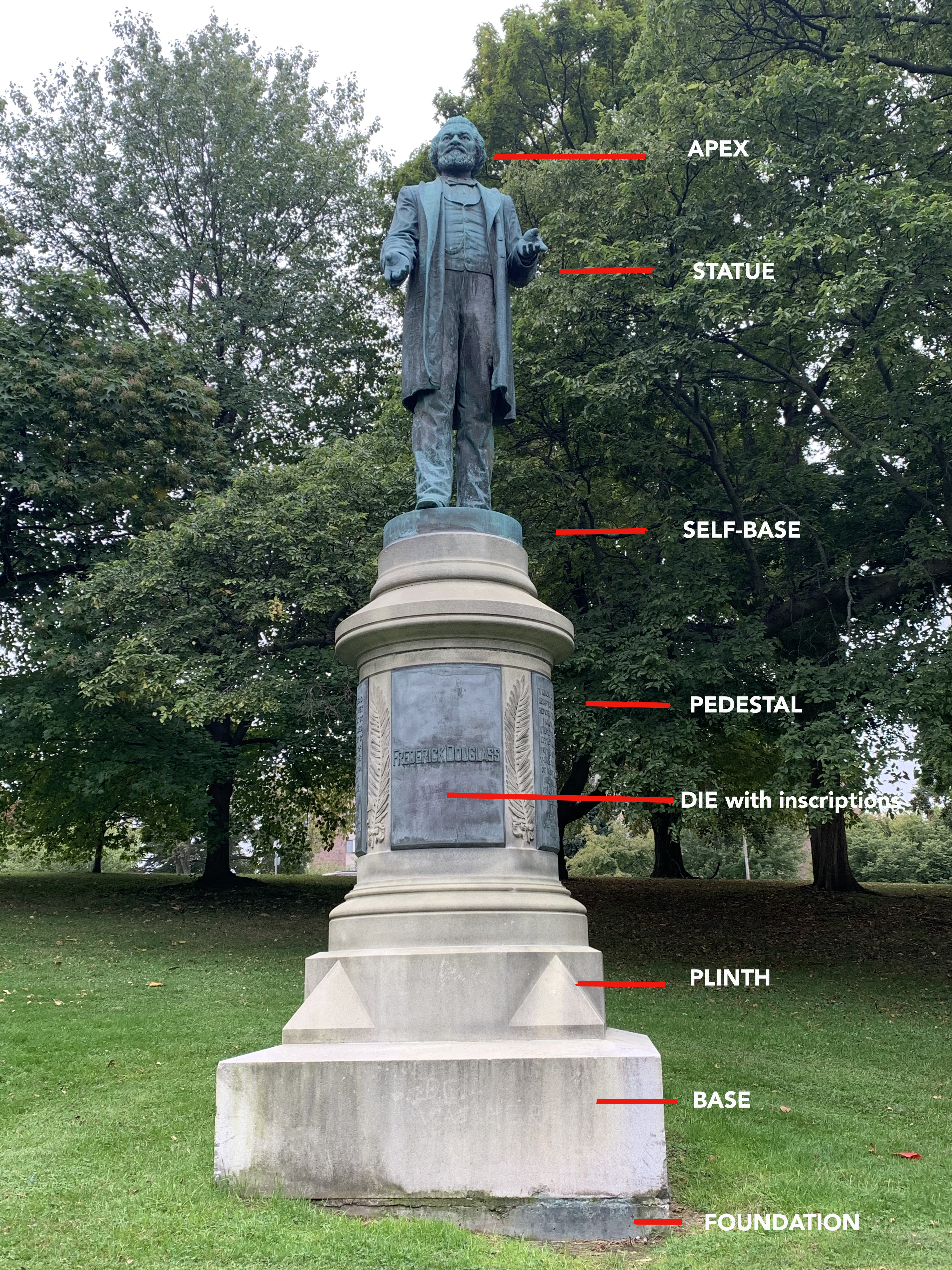 This photo of the Frederick Douglass monument in Rochester, New York, is marked to show the basic parts of a traditional monument. **Please note that plinth and pedestal are often used interchangeably.

apex: the highest point of a monument. This word stems from the Latin for “top” or “summit.”

statue: a free-standing sculpture in which the realistic, full-length figures of persons or animals or non-representational forms are carved or cast in a durable material such as wood, metal or stone.

self-base: the area immediately below a free-standing sculpture that is created as part of the object, carved or cast in a durable material such as wood, metal or stone.

pedestal: is the support for a statue, obelisk, or column. A pedestal may be square, octagonal, or circular. A pedestal is divided into three parts, from bottom to top: the plinth, the die, and the cornice (cap, cap mold, or surbase).

die: a major component of the monument. It often contains decorative carving and inscriptions.

plinth: from the Greek meaning “stone block.” A stone slab or block, usually square or rectangular, upon which a pedestal, column, tablet, screen or statue is placed.

base: the lower part or parts of a multi-sectioned monument. There may be a first, second and third base.

foundation: a slab, usually of concrete, that is horizontal and flush with the surface of the ground, on which a statue is placed. The footing itself usually is unornamented and considered structural, not a part of the monuemnt itself.