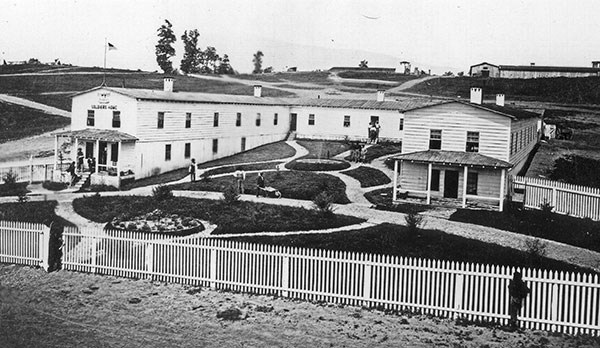 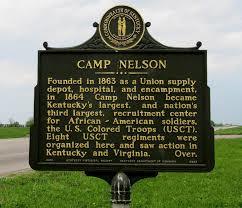 The camp was established in 1863 as a depot for the Union Army during the Civil War, becoming a recruiting ground for new soldiers from Eastern Tennessee and escaping freedom seekers.

Among the many African American freedom seekers who arrived at Camp Nelson, were the families— wives, children, elderly parents— of the men who would later enlist and serve in the Union Army. The women, children, and parents built (makeshift) settlements on the outskirts of the camp, fueled by racist assumptions about African American women’s sexuality, a number of the white officers erroneously feared that the African American women would spread venereal disease among the black soldiers and began to agitate for their removal (Richard Spears. “John G. Fee, Camp Nelson, and Kentucky Blacks, 1864-1865.” The Register of the Kentucky Historical Society, Vol. 85, No. 1 (Winter 1987), 34).

Moreover, the freedom seekers from Kentucky were particularly vulnerable as they were still legally owned by Kentuckians who never officially join the Confederacy. At various points over 1864 Commander Speed Smith Fry successfully expelled unwanted refugees from Camp Nelson.

On November 23, 1864, Fry ordered the forcible expulsion of more than 400 women and children. Leaving almost no time to gather their possessions, mounted Union soldiers drove the women and children from the camp in freezing temperatures and then destroyed their makeshift homes. More than 100 freedom seekers perished in the freezing weather. To read an affidavit of a USCT soldier from Kentucky whose family was forcibly removed in November 1864 from Camp Nelson, click here.