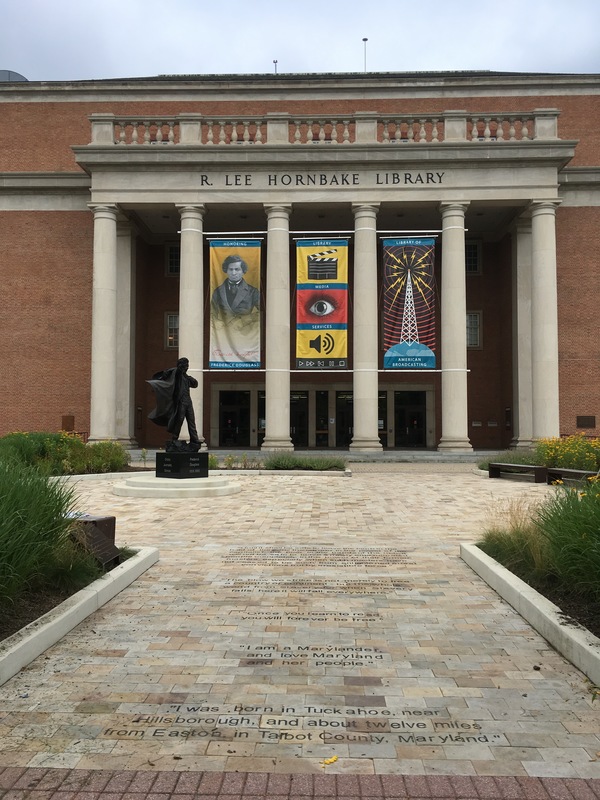 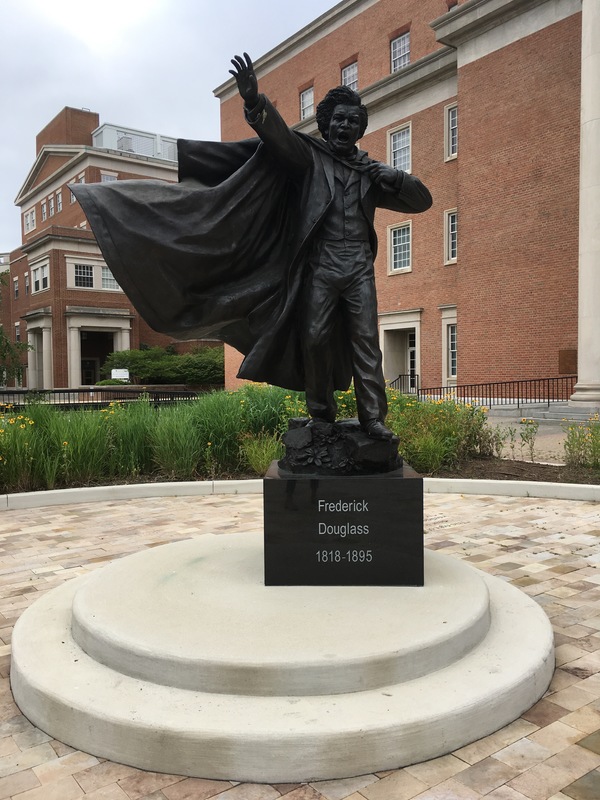 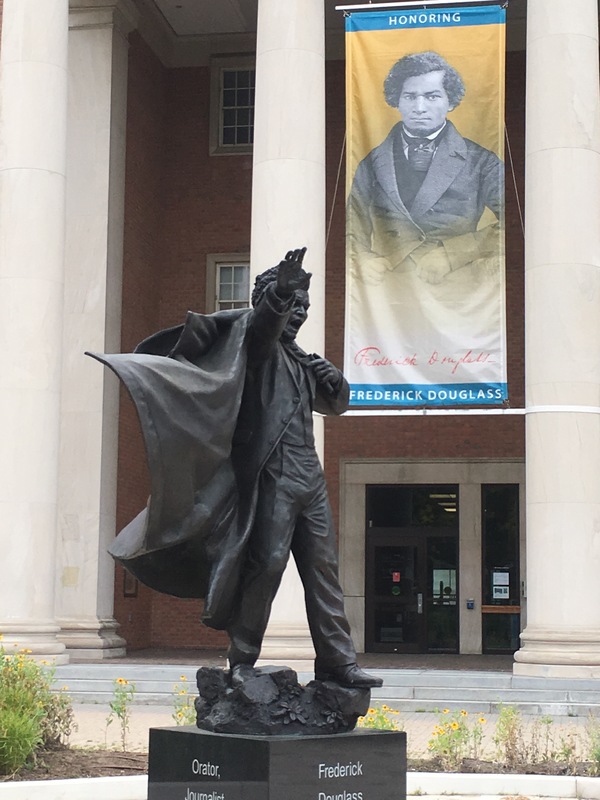 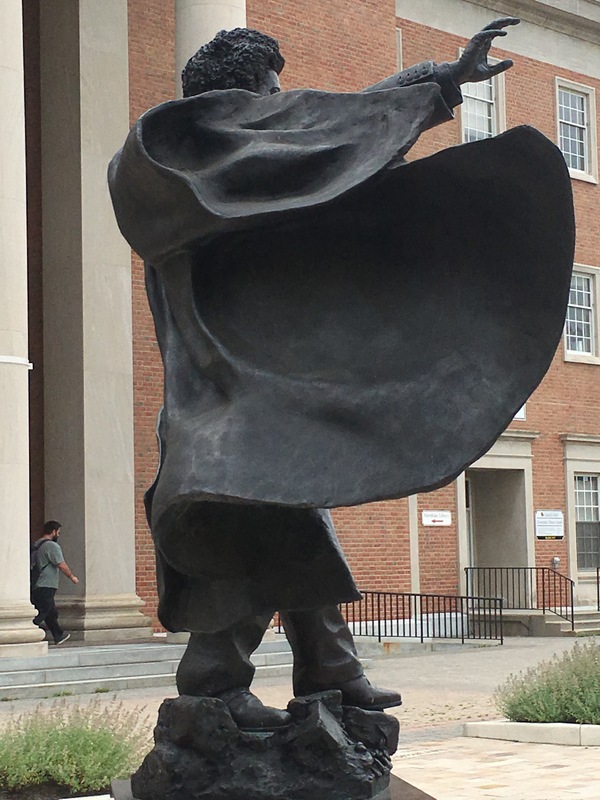 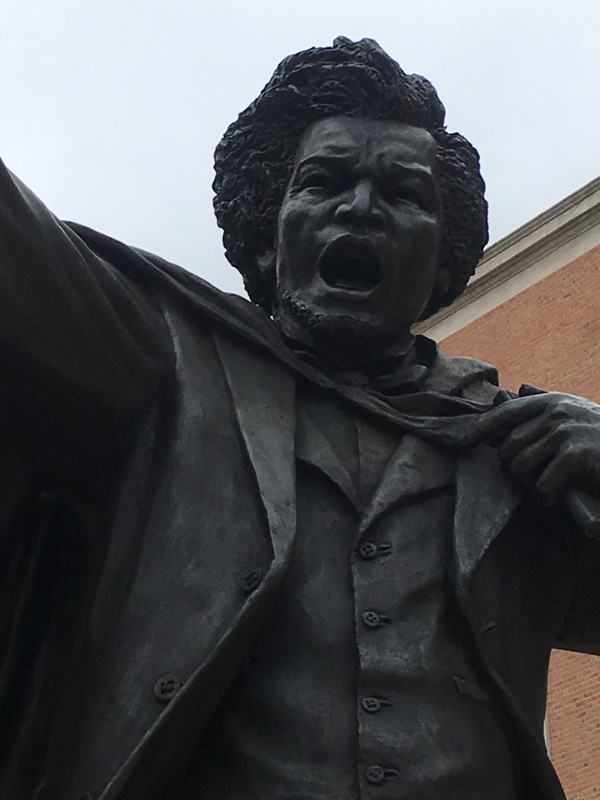 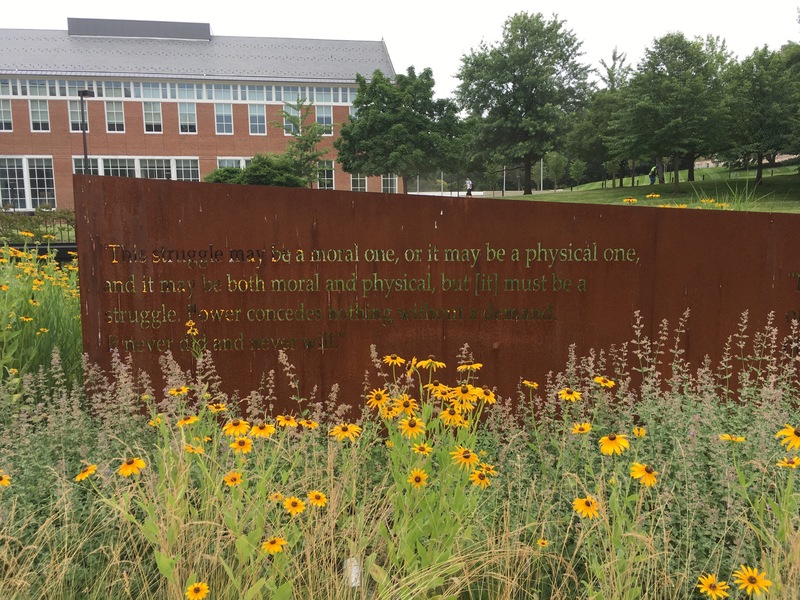 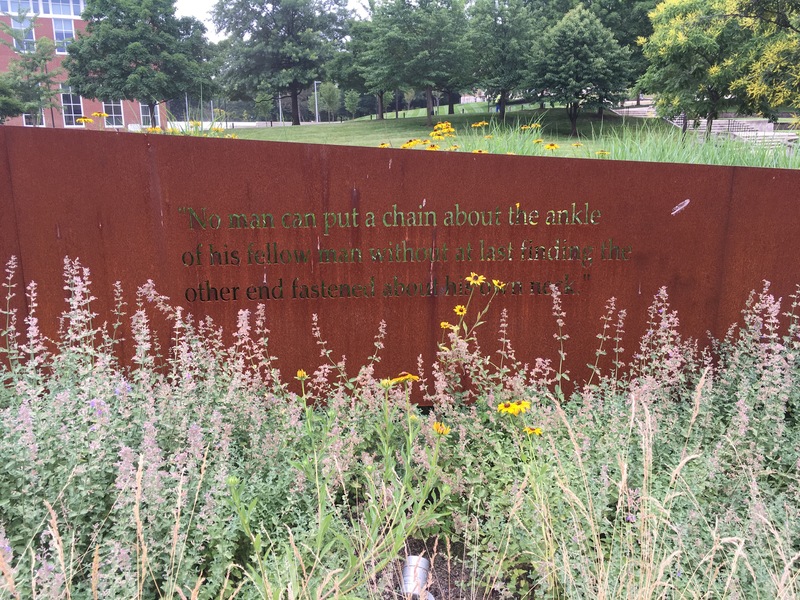 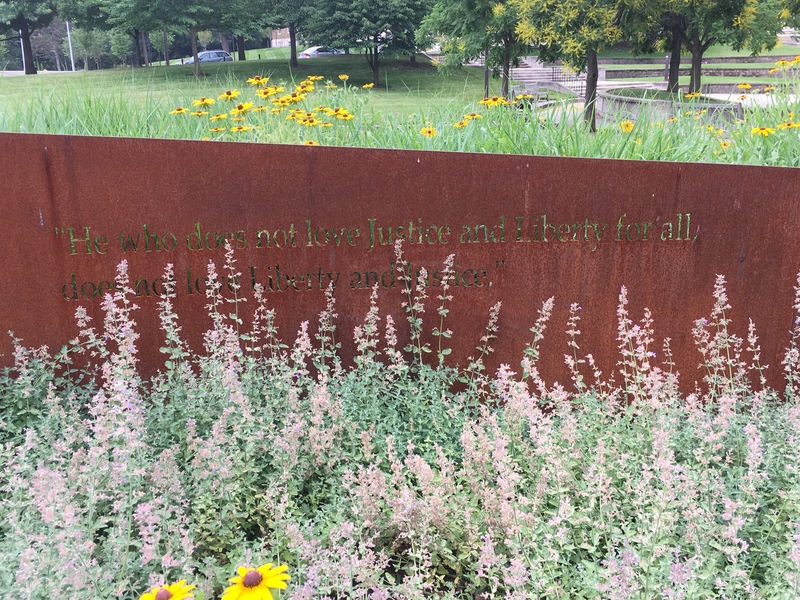 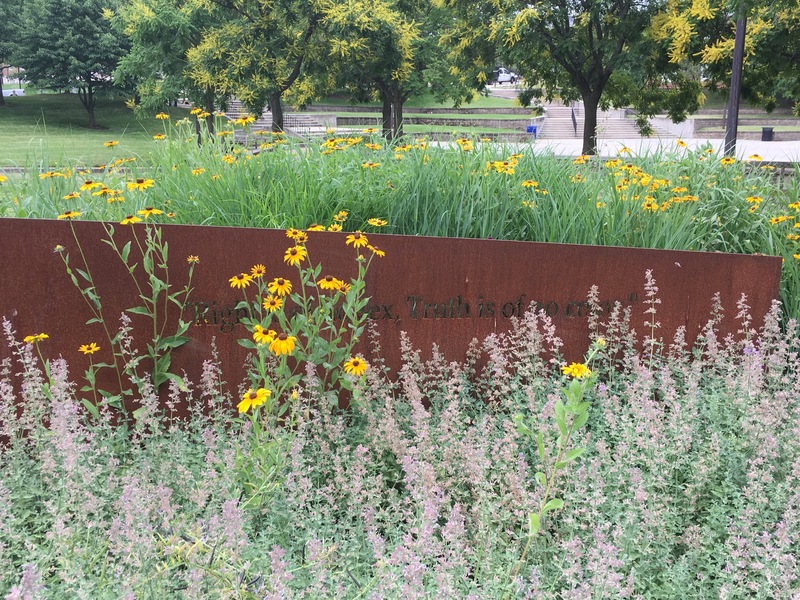 Full-size sculpture of Frederick Douglass portrays him in the middle of a speech, with one arm outstretched, and a copy of his autobiography under the other arm. His coat/cape billows out behind him in a swath of bronze.

Quotations on plaza bricks:
"I was born in Tuckahoe, near Hillsborough, and about twelve miles from Easton, in Talbot County, Maryland."

"I am a Marylander, and love Maryland and her people."

"Once you learn to read, you will be forever free."

"The blow we strike is not merely to free a country or continent--but the whole world from Slavery--for when Slavery falls here it will fall everywhere."

"Until it shall be safe to leave the lamb in the hold of the lion, the laborer in power of the capitalist, the poor in the hands of the rich, it will not be safe to leave a newly emancipated people completely in the power of their former masters, especially when such masters have not ceased to be such from enlightened moral convictions but by irresistible force."

"This right of speech is very dear to the hearts of intelligent lovers of liberty."

"It is easier to build strong children than to repair broken men."

"All that distinguishes man as an intelligent and accountable being, is equally true of woman . . . there can be no reason in the world for denying a woman the exercise of the elective franchise or a hand in the making and administering the laws of the land."

"In a composite nation like ours, as before the law, there should be no rich, no poor, no high, no low, no white, no black, but common country, common citizenship, equal rights, and a common destiny."

Quotations on corten panels:
"The struggle may be a moral one, or it may be a physical one, and it may be both moral and physical, but [it] must be a struggle. Power concedes nothing without a demand. It never did and never will."

"No man can put a chain about the ankle of his fellow man without at last finding the other end fastened about his own neck."

Inscription on bronze plaque:
The University of Maryland is grateful to the many individuals and organizations, particularly the Maryland Commission on African American History and Culture as well as the Maryland Historic Trust, part of the Maryland Department of Planning, who generously supported the creation of Frederick Douglass Square.