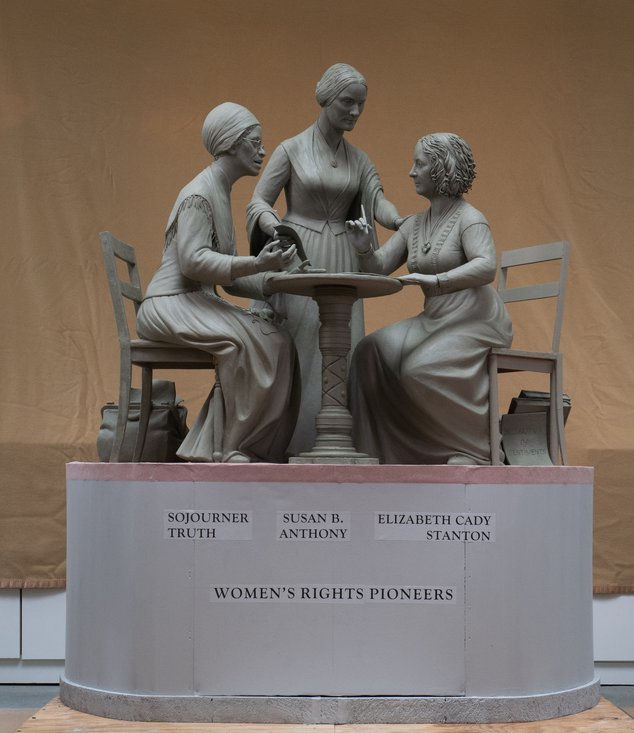 In July 2018 the Monumental Women Statue Fund unveiled a planned Central Park monument to women’s suffrage, featuring Elizabeth Cady Stanton and Susan B. Anthony. The announcement was met with widespread criticism for, not only its exclusion of African American women but the whitewashing of both Anthony and Staton’s classism and racism. In response to the criticism, Sojourner Truth was added to the design.

The redesign now features Anthony, Stanton, and Truth engaged in dialogue around a table. However, as the NYtimes notes “more than 20 academics objected [to the re-design] in a letter that the grouping would be misleading because the white suffragists’ rhetoric “treated black intelligence and capability in a manner that Truth opposed.”"