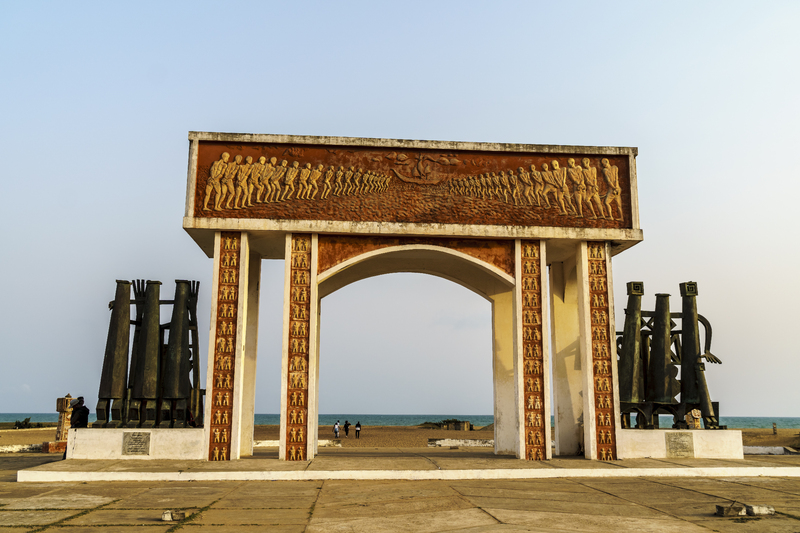 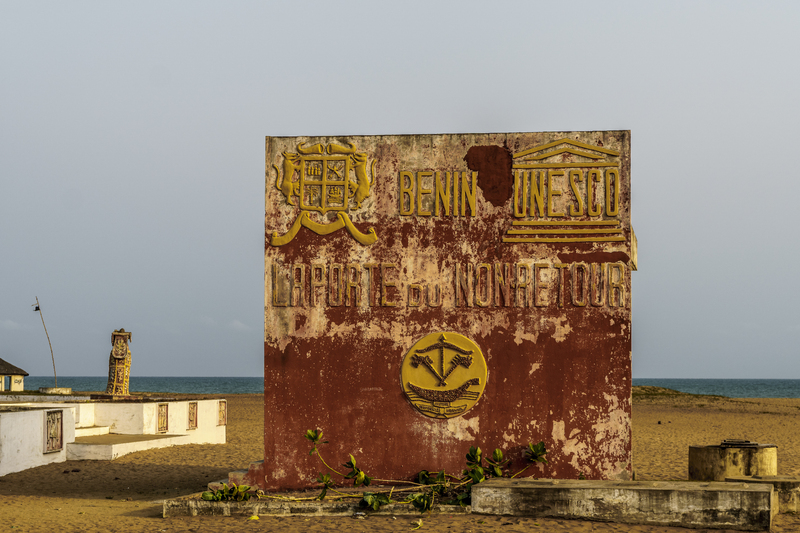 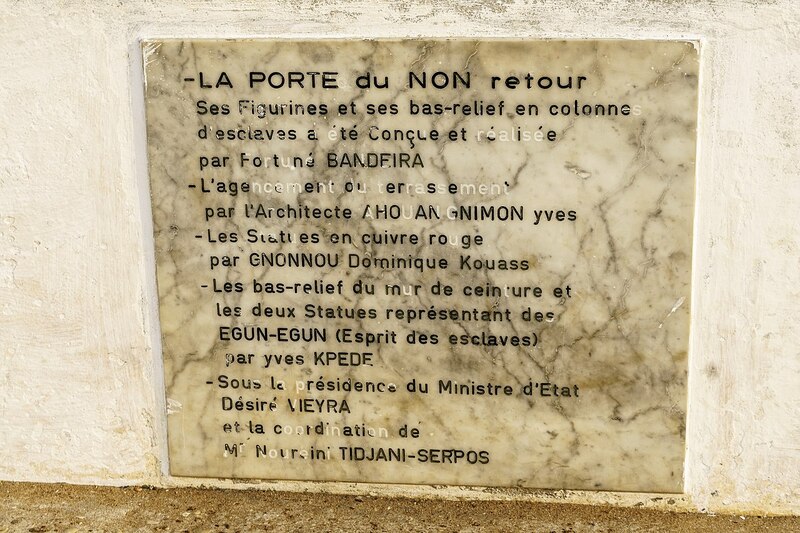 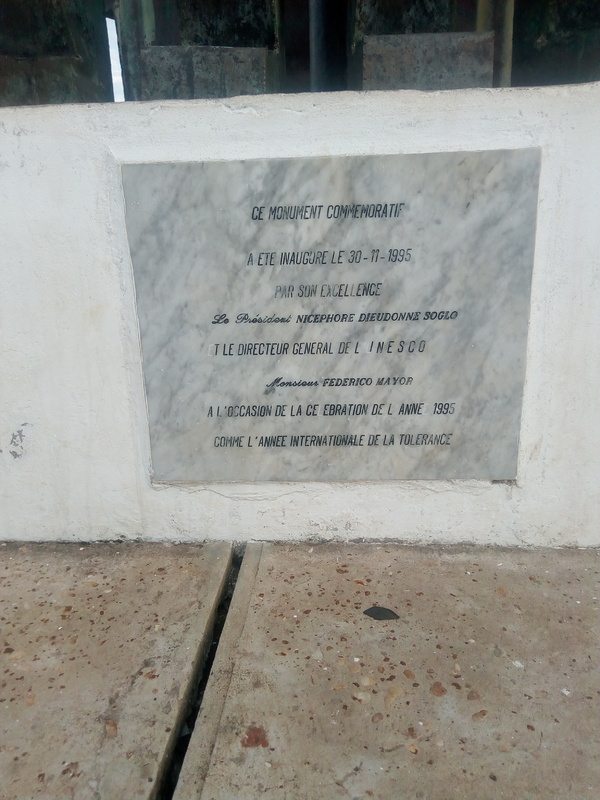 Located on the sandy shores of Ouidah, Benin, the monumental concrete red, white, and yellow-painted gate and the metallic sculptures that flank it, commemorate the horrors of the Transatlantic Slave Trade. The memorial gate, which marks the point where African captives were forced onto transatlantic slave ships, is connected by a path, known as the “Slave Route,” to the market square, where enslaved people were once sold. The memorial arche is embellished with a frieze, depicting two lines of enslaved people bound at their hands and chained together as they walk towards waiting ships. The columns are adorned with sculptures depicting men and women captives, their extremities bound, as they kneel and await their fate in Portuguese-built forts. The back of the gate is adorned with depictions of their native towns. Yves Ahouangnimon was the architect for the project; Fortuné Bandiera created figures and bas reliefs on the columns; Yves Apollinaire Pèdé created the bas-reliefs on the center arch and two free-standing egungun; and Dominique Kouas created the copper statues.